The Stanford Program in History & Philosophy of Science invites you to the following interdisciplinary workshop at the Stanford Humanities Center, Levinthal Hall:

Tools of Reason: The Practice of Scientific Diagramming from Antiquity to the Present

Diagrams are pervasive features of the communication, explanation, and discovery of scientific and mathematical ideas.  Too often, however, we tend to see diagrams primarily as static visual summaries of the propositional contents of theories.  But diagrams are also tools for thought: they make visible features of phenomena that would otherwise be invisible or opaque, and they concretize and externalize specific reasoning processes. Moreover, diagramming is an activity that consists in creating and modifying diagrams with epistemic aims.  Understanding diagrams therefore requires an investigation of how they are used in practice.

This interdisciplinary workshop will interrogate the practice of diagramming in the sciences and in mathematics by focusing on specific case studies. We seek to explore questions such as: What exactly does any particular diagram make visible?  To whom is it directed?  What kind of reasoning does it concretize and externalize? How is it affected by, and how does it in turn affect, the scientific, cultural, social and institutional contexts in which it is created?  What is its epistemological status?  Can the diagram be meaningfully described as “true” or “false,” and if so, on what basis can such judgments be made?  How do we distinguish between more useful, less useful, and even pernicious diagrams? What features of a diagram, or its use, are responsible for its effectiveness or ineffectiveness as a reasoning tool?

Special thanks to Rosemary Rogers for helping organizing! 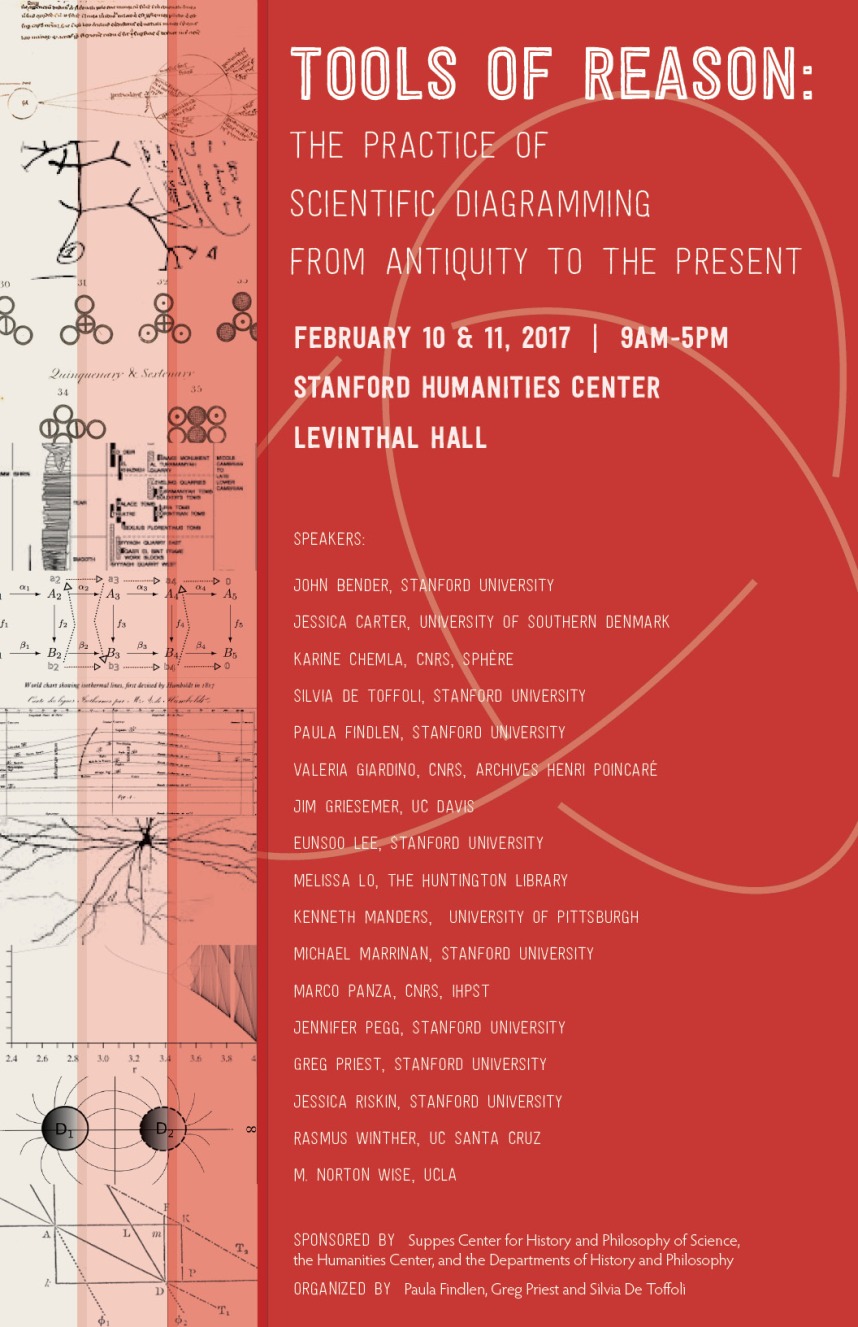